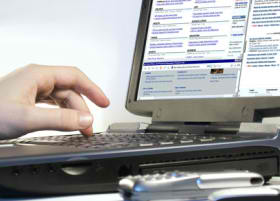 Freedom of speech: from information to sensationalism

Rarely has a news in brief sparked off such indignation from the public; on Monday, June 4th 2012, Lukka Rocco Magnotta was arrested in Berlin an international arrest warrant was issued against him last week.

However, although the flight of the “Canadian psycho” was stopped, the video showing his crimes went viral.

In the race to get information, the “new” communication methods play a key role.
Nevertheless, if these allow us to provide much more information to a larger portion of citizens, the same can’t be said about the information’s quality as well as the respect of the human being’s principles.

In fact, “information” doesn’t even seem like the proper term to use in this case as it is completely obsolete when it comes to the actual events we are referring to. The truth it’s not about explaining the news anymore but simply feed us with racier pictures in order to stir up our attention.

With analysis and reflexion being overshadowed by appearance, some people don’t hesitate anymore in crossing the more and more blurry line of what’s ethic and what’s not.

The simple fact that a video, the most cold-blooded video I should say, exists and shows the “Canadian psycho” killing someone, right before dismembering him, raping him and taking up cannibalism acts, demonstrates that we’re entering this new era of “sensational information” where controlling the circulation of images and videos can be quite difficult.

Indeed, no matter how illegal these images are, the buzz generated by them doesn’t seem to blow over and the authorities have issues in finding a way to put an end to the video circulation.

Do freedom of speech and freedom of the Press legitimate the fact that anyone can freely access to that video?

Their recognition (1), although unquestionable, doesn’t mean that these rights are absolute.

Some people consider that fundamental rights shouldn’t be censored in any kind of way, claiming that these images are “part of life” (2) and that citizens should be able to see them without restrictions.

Isn’t this totally against the spirit of the French Law of 1881 on freedom of the Press and, in extenso, against the ethic to which each information should abide to?

Actually, this law forbids, among other things, any kind of libel. Also, more generally, the prohibitions provided by this legislation tend to prevent human rights infringements as well as damages to the human being moral integrity.

Yet, even though watching them doesn’t get the person whose curiosity was piqued to commit any reprehensible crime, the simple existence of the video on the internet is enough to infringe the human rights of the victim and damage his honour as well as his family’s.

At a time where we ask ourselves “how far (low?) can we go?”, it seems essential to go back to a conception of freedom that would take the human dignity as an ultimate reference.

Today, it is necessary to make sure that sensationalism/voyeurism don’t take the spotlight away from the information’s first goal: to make understand and, if applicable, realize that similar events must not repeat themselves.

In this respect, Journalism ethics is not enough. The French Law of 1881 provides sanction to “any kind of publication”, which means that professionals are not the only ones who should act accordingly to a conception of ethics before releasing an information/image/video.

Indeed, though this law doesn’t concern the receivers of the information per se, and mostly internet users, self-censorship has to take center stage in the process.

The individual is, in some way, responsible for their circulation and its effects: curiosity, fascination and, in some cases, drive someone to act upon them.

Shouldn’t the persons publishing online, as well as the web hosting service provider, be considered as accomplices in the crimes committed and shown in the video?

Doesn’t the fact that it is at the disposal of anyone who wants to see it make them participate in human rights infringements?

In fact, the long procedure consisting in asking to the web hosting service provider to take off these disturbing images/videos shows its flaws.

The battle against the actual proliferation of these inhuman images calls for an increased responsibility of the person publishing/consulting any media of that matter.

Today, more than ever, taking responsibility for its own actions seems to be the only solution to limit as much as possible the “morbid information”.

The difficulty encountered in controlling the information and the necessity to preserve the human being, and in particular the youngsters, obliges us to be more aware of the unfortunate effects related to the posting of any document.

After all, as it was once said by Mr. Antonin ARTHAUD (3), “without an element of cruelty at the root of every spectacle, the theatre is not possible”.